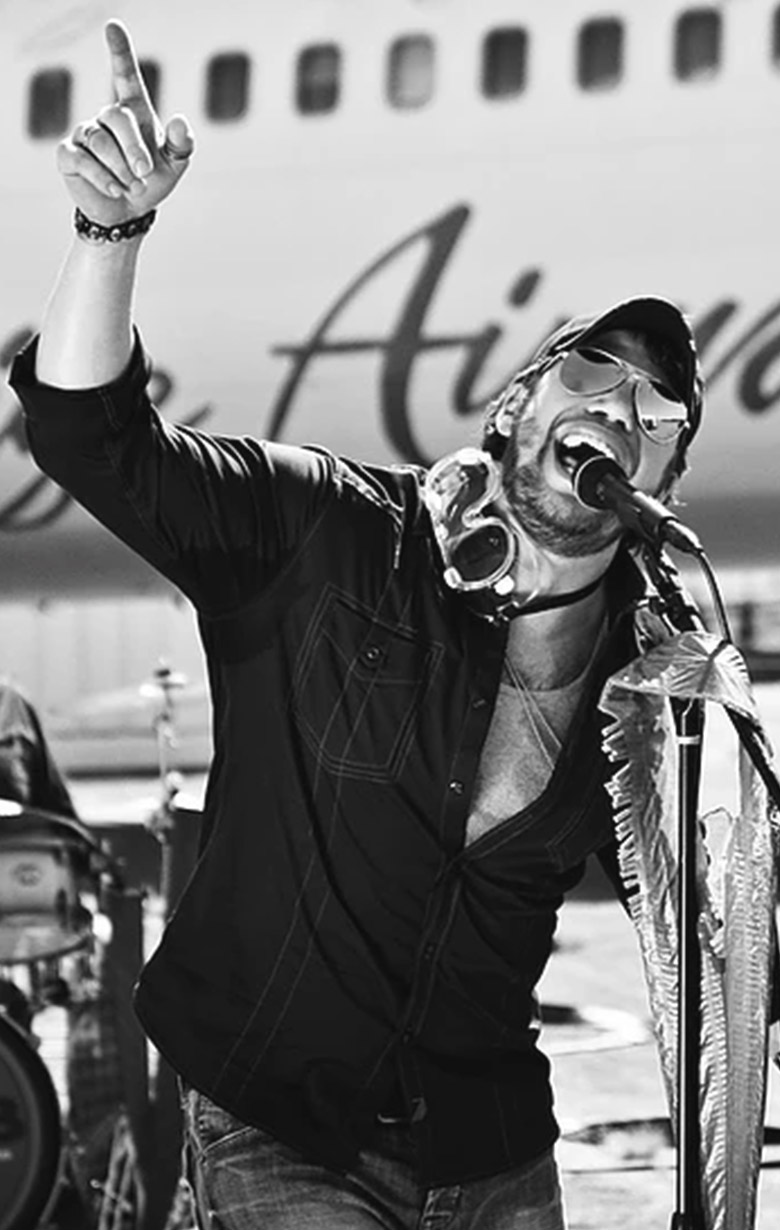 Chris Weaver was born to perform. Mixing southern rock, soul, and country blues, Chris and his band are inspiring crowds all around the world on the heels of releasing their sophomore CD, American Dreamer. Attending a Chris Weaver performance is a spiritual experience you don't want to miss!   Born in West Virginia, Chris Weaver grew up in a music-inspired household which helped shape his unique sound and style. Chris' father played in bands and helped introduce Chris to influences ranging from Tom Petty and Bob Seger to John Mellencamp and Joe Cocker. "I wanted to write like them and sing like them but just do it in a way that would be my own," says Chris. "It's all I ever remember wanting to do." After short stints in politics and radio, Chris moved to Nashville and "played every place that sold chicken" to get his start.   ​In 2010 Chris released his first album, Standing in Line, showcasing his vocal, writing and performing abilities. The band toured for a year around the country before releasing the album to college, Americana, AAA, and country radio. The album, live performances, and radio support helped propel Chris to being named as one of Billboard's "10 Artists to Watch in 2013."   ​Collaborating with legendary producer, Josh Leo (Alabama, Nitty Gritty Dirt Band, Timothy B. Schmit, Bad Company, Lynyrd Skynyrd) for American Dreamer, Chris, and his band hit new heights. The sophomore release showcases Chris' soulful, gritty passion for songs that define the American fabric – determination, love, family life, faith in a higher power, and the hopefulness of the American Dream. Guest performers on the record include Jack Pearson on slide guitar and Kim Carnes on background vocals. Chris also co-wrote all songs on the album. From the emotive album opener "Gravy Train," soulful tracks "Raise the Dead" and "California High" to the breezy ballad "I Should Have Said That" and the Springsteen-esque "Time Has Wings," Weaver is a lyrical craftsman whose music is both riveting and unclassifiable.   "It's been quite the journey to this point," says Chris. "Standing in Line opened a lot of doors for me. American Dreamers me."