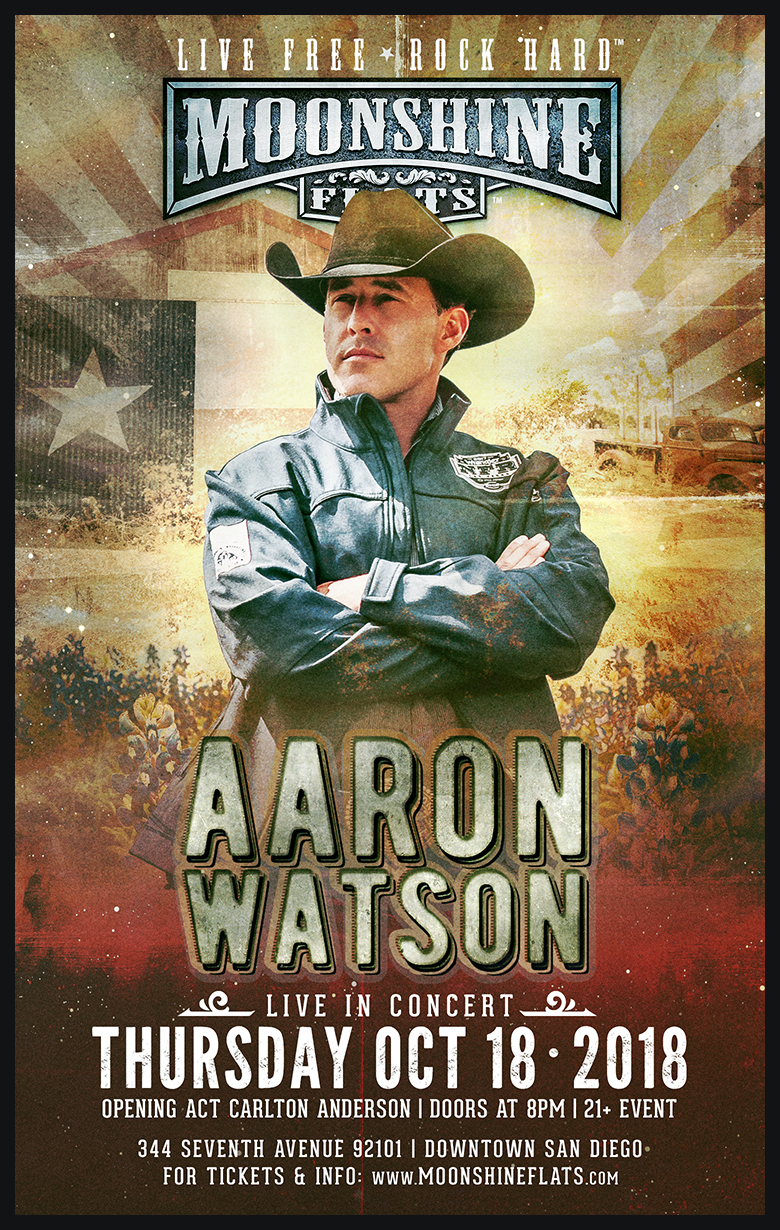 Aaron Watson grew up listening to George Jones, Merle Haggard and Willie Nelson in Amarillo, Texas. His career began in 2002 when he released his first album, Shutupanddance, gaining radio airplay and attention throughout the nation. After that record’s success, Watson has collaborated with many musicians such as Dale Watson, Jack Ingram and Willie Nelson. In February 2015, Watson made history when he released The Underdog and became the first solo artist to debut at number one on the Billboard Top Country Albums. His single, “That Look,” was placed in the top 10 of the Billboard Country Digital Songs Chart and was one of the most successful/selling independent singles by the end of the year.